YOU ARE LOOKING FOR...

MMM DD YYYYWORDS BY KATE LOK
With the recently sold-out sale of “Geometries”, Frank Stella becomes one of the most high-profile artists to launch an NFT collection. 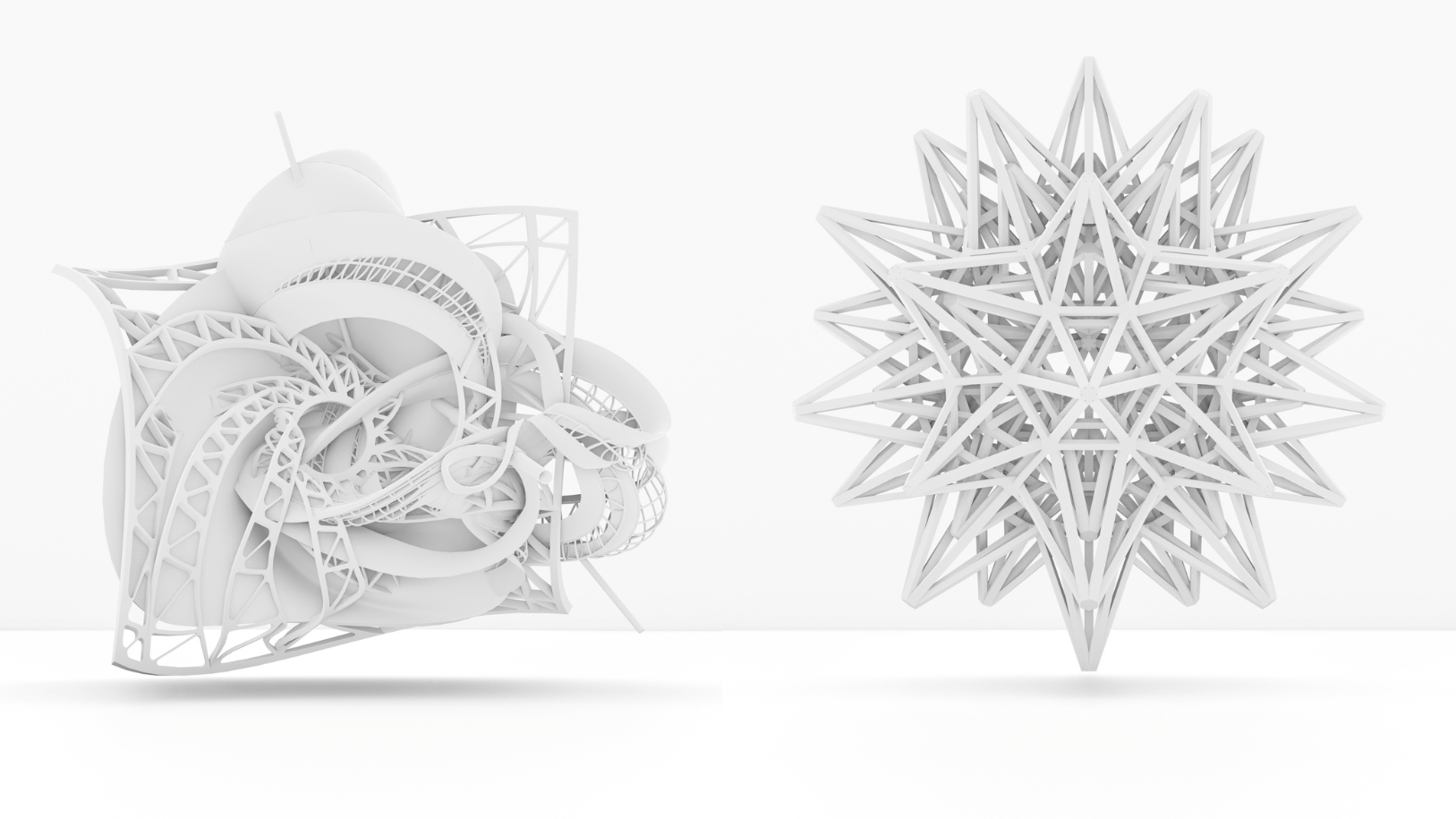 Since the consequential Beeple sale in March 2021, NFTs have opened up an exciting, yet highly bizarre avenue in the art world. For the better part of the last two years, the world watched blockchain-authenticated artworks soar to exorbitant prices, prompting the oft-static art ecosystem to rethink its hierarchy of structure and influence.

While digital-savvy creators rejoice at the dawn of a technology that allows complete ownership and validation of their work, the more traditionalists in the art world, disoriented by all the hype and heist, are still cautiously holding on to their skepticisms–we can never forget the moment when the world’s second-most-valuable artist, David Hockney, publicly called out NFTs as “silly little things”.

Yet irony and cynicism have always been part of the progression of art history. Early Impressionists were considered radicals of their time, because they did not follow the rules of academic painting. And when Abstract Expressionism came to the fore post WWII, it also was met with fervent criticisms for lacking form and technique.

So when Frank Stella, arguably one of the most important living artists of our time, announced that he was braving unchartered waters by launching his genesis NFT collection, it naturally raised eyebrows. 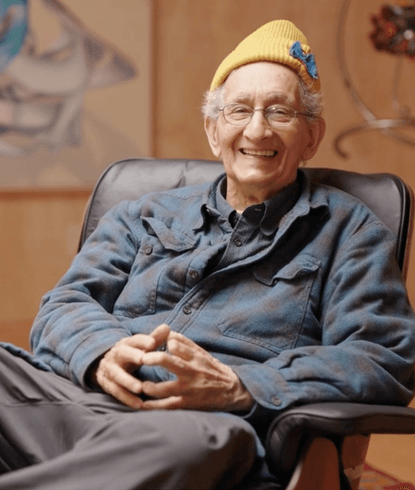 “When somebody like Frank Stella says that they want to do their first [NFT] project with you, it's not something that you turn down,” laughs Katarina Feder when we spoke over a call last week. Feder is the founder and CEO of ARSNL, the NFT platform that initiated the venture.

Founded by Artists Rights Society (ARS), an organization that has worked for the past 35 years on safeguarding the intellectual property rights of artists through copyright, licensing, and monitoring, ARSNL extends ARS’ mission into the growing Web3 ecosystem, helping artists and institutions navigate the underregulated digital sphere.

Titled “Geometries,” Stella’s debut NFT collection consists of a series of 22 original designs —20 in editions of 100, plus two bonus pieces given to holders of complete sets. The collection features white, geometric, 3D objects, with some clearly taking the form of his previous sculptural works.

The collection first dropped on September 12 to a private pre-sale, and within 24 hours, sold out all 60 editions of each design that were made available. Feder also shared that complete sets of Stella’s “Geometries” have been snagged by buyers that include artists (Tom Sachs being one), crypto whales, Stella’s longtime collectors, as well as a major American institution, the name of which cannot be disclosed at present. The collection's public sale is scheduled to go live on Thursday September 22.

Stella has maintained a stellar stature in the art world for the past 60 years, credited for constantly pushing and challenging norms. He was only 23 years old when his work was included in a group show at the Museum of Modern Art (MoMA), “16 Americans”, in 1959. He was applauded as a young artist for his “Black Paintings”–a series which consists of bands of matte black, separated by thin stripes of unpainted canvas. Their extremity of reduction and precision turned the gestural brushwork and subjectivity of Abstract Expressionism on its head, effectively priming the canvas for the Minimalist movement that followed. Even though he found success at an early age, Stella’s style never stopped evolving. His minimalist, monochromatic works later gave way to a panache of colors, extending his vision from oil-on-canvas origins all the way to sculptural works that play with architecture.

Throughout his career, Stella’s restless spirit continuously propelled him towards different forms, techniques and mediums (and also led him to jail once for driving 105 miles per hour on the Taconic State Parkway). Now at 86 years old, the artist is once again carving a new dimension in his career with NFTs. Which begs the question: why exactly is he doing this?

“For our inaugural project we were looking for something that pushed aspects of copyright, [and] intellectual property in view or exposed them to some extent,” explains Misha Libman, Co-founder of ARSNL, “we [also] focus on the art itself, [it’s] quite important for us to make sure that the quality is very high and the projects are engaging and interesting.”

Stella is known for being vocal about artists’ rights, from his advocacy for resale royalties to copyright infringement laws. “Benefits from the appreciation of artworks accrue entirely to others, despite the artist’s essential and ongoing work in developing their practice and building the value of their works,” the artist and long-time ARS member, once said in a statement to The New York Times. Alongside ARS founder Theodore Feder, Stella supported the American Royalties Too (ART) Act for resale royalties in 2014 and even took to a NYU School of Law panel to discuss the matter with students. So it is not entirely surprising that the potential of NFTs in addressing ownership and reproducibility of art caught his attention. “The fact that resale royalties are built-in [to NFTs] of course is a huge thing for him,” says Feder. At ARSNL, the resale royalties are set at 10 percent, a pretty standard number compared to what most marketplaces offer.

While speaking to both Feder and Libman, it struck me how attuned Stella is with the whole zeitgeist of NFTs. As Libman points out, “he was so on target with the ethos of this community, building within blockchain space, and acknowledging that you have to reinvent the way you create works within the space, that differs from the traditional art world.”

Apart from offering Stella’s artworks to collectors at a very friendly price (the pre-sale lot was sold at $500 per piece, the remaining will be sold at $1000 in the public sale), a remarkable aspect of “Geometries” is its embrace of the co-creation culture that is native to the Web3 community. Each piece in the collection comes with image, video, AR, VR, and 3D printing files, which Stella encourages his collectors to use to remix the works, both digitally and physically. “It’d be interesting if they can make it better,” says the artist during a studio visit by ARSNL. Just hours into the sale, a new channel opened on ARSNL’s Discord for those eager to share their own creative twist on a Stella original.

More importantly, the ability of “Geometries” to bridge digital and the physical perfectly echoes the progression of a certain period of Stella’s own practice. In the ‘90s, as his works became increasingly complex in their form, the artist took to CAD (computer-aided design) and 3D printing to aid his compositions. His small-scale French Mining Town series of sculptures, created in 1992, pioneered digital modeling and CAD/CAM techniques for fine-art sculptures. In a way, Stella was more than ready to enter the NFT space. “[‘Geometries’] weren't necessarily created for blockchain. They were created because this is the way that Frank creates works”, Feder points out. This aspect of Stella’s artmaking process is not widely known, perhaps because it was always treated as a necessary step for fabrication, and, up until recently, nobody really cared about the importance of digital assets.

Projects like “Geometries” mean much more for the NFT world than just validation from a well-respected artist. The release foregrounds a paradigm shift, one of a collecting culture that readily acknowledges the ownership of the creator, and brings forward important discussions regarding artist rights on royalties and IP. “What we tried to do as ARS through the [US] federal government for well over a decade now… [we] haven't had much traction at all,” remarks Feder, “and now here is a community that wasn't prompted, [who] just inherently understood that that is what creators are due. That in itself is pretty remarkable and I'm hoping that it has ramifications that continue past the NFT space.” Feder also divulged that the ARSNL team is planning on building upon the Stella initiative to extend its community outreach, specifically with educational institutions. Currently underway is a discussion with the Pratt Institute Graduate Program to allow their students to use “Geometries” as source material.

There is no stopping the rat race towards the age of Web3, and how it will radicalize our perceptions of the creator economy. As an artist who has long courted controversy and change throughout his career, Stella’s foray into the NFT space seemed like a befitting move, and represents a common ground that both the tokenized and traditional art world can share–the hope for a fairer playing field.

What NFT projects are doing for Art Basel Miami Beach 2022

What NFT projects are doing for Art Basel Miami Beach 2022

NEXT FEATURE
VIEW ALL
NFTs

‘Venus favors the bold’: In conversation with Erica Reiling

‘Venus favors the bold’: In conversation with Erica Reiling